Back in 2013 Aboyne Canoe Club took part in the Scultpure trail.  Several members constructed a giant canoe paddle and hung it in the trees near the river.  The paddle had only been hanging for several hours when late that evening the paddle was set alight by vandals.

All that remained of the recycled plastic (and highly flammable) canoe paddle was the T piece.  This moment of vandalism started the search for the owner of this piece of land.  This search would lead Chris Redmond (newly appointed Club Chairperson) to track down the land owner, Mr Ken Duell, former owner of The Boat Inn and now living in Houston, Texas.  On the 9th August 2013, via the powers of google, Chris made contact with Ken Duell.  On 23rd Sep 2013 Ken confirmed he would be happy to lease the land to the Canoe Club for the sum of £1 per year!

By Sep 2014 a year had passed without alot happening on the project.  So in Novemebr 2014 an email was sent to members asking for their ideas with the folowing map: 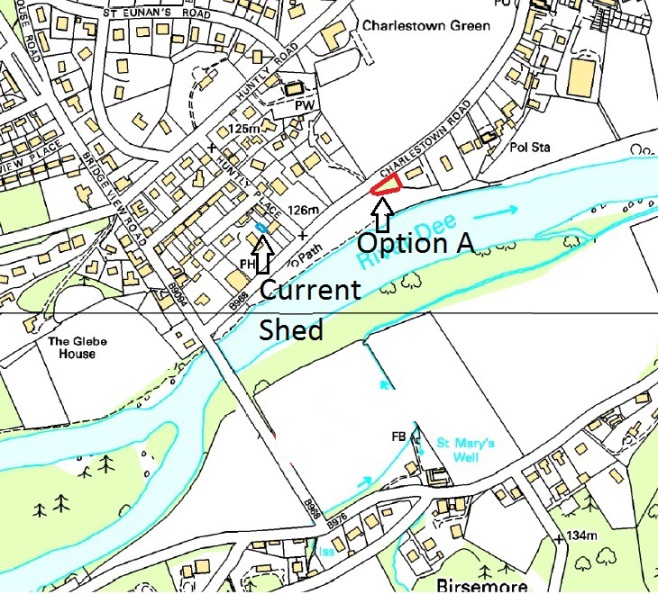 Later in November 2014 a draft lease was proposed with The Duell Family Trust.

By April 2015 we we had 'funding in place for a tree survey and planning application' which we instructed our architect, Duncan Robson of DWR Architecure to carry out.