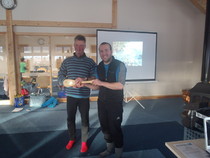 The last year, known to me as “the kayak strikes back”, has seen a steady and in some cases predictable, increase in the use of the kayaks whilst the canoes hold steady.  The club, with the greatest membership numbers it has ever had at around 130, has a very different make up now to when things started 8 years ago.  The clutch of tiddlers that used to peer over the gunnels of canoes  have in most cases grown up and are now independent paddlers in their own right.  I like fact that despite this growing up phase of the club and changing of the club’s shape, we continue to have about  half the members as juniors and we have half male and half female.  A family club!

The true story about the rise of the kayak probably has more to do with Chris’s Facebook prowess but that’s another story for another day.    Just for the record, it’s not all been kayaks, the canoes are still very much alive and kicking increasingly playing the role of lunch, hot drinks, dry clothes transporters.   As the club age dynamic changes one thing we have decided to look at in the near future is the accompanied child requirement that has brought many a nervy parent on the river in the front of a canoe wishing they had actually put some waterproofs on after all as they  split the waves.

Another development on the kayak theme has been the establishment of the Polo squad.  They were around this time last year but there is now a new found enthusiasm.   All we have to do now is go to polo competitions on dates when the squad is available.  On the subject of competitions, after the mince pie trip last December (that had twelve kayaks and 5 canoes on it) it was decided to award Maria with the accolade of Fish of the Year and to present Tom with the honour of Youth of the Year.

Kit wise we bought a used ‘fluffy water’ kayak a couple of weeks ago, and were recently given a used canoe.  James bought a very posh notice board for the canoe shed currently adorned with all manner of ways to protect young people.  The shed, boats and kit had a makeover to address a lot of things that we had meant to get around to for a while.  The dry suits, new this time last year have seen a fair bit of action especially on the “swim in the river” event we had at Dinnet in the autumn.

Trip wise it’s been mostly on our fine river.  We jumped the watershed to paddle the Avon and the North Esk, both firsts for the club, we nearly got on the sea and will definitely get that organised this year.  We managed to do a descent of the whole Dee in two days: the Dee was in one of those “Hey, check me out” moods whilst doing an impression of the Zambezi (flood).  We revisited Loch Kinord and the Thursday evenings in the spring and autumn were well subscribed with a mixture of local trips and fun and games on the river pool.  I don’t know how many bottoms have been in boats this year but I’m guessing, with the increased Pool sessions and Thursday eve sessions it’s probably pushing new heights.

The committee are sitting smug for finalising the Child Protection paperwork that has to be seen to be believed.  We met 6 times over the last year to organise events and keep us accountable. The challenges for the coming years, in my opinion, are mostly around coach development and jumping the hurdles the SCA have put in the way of clubs (political statement).  Ideas are afoot to make inroads here, and I would make a plea to any member who fancies a bit of out in front stuff to get involved in some training as opportunities come along

Thanks go to....the committee, Dale for being the Child Protection person this last year and helping us to get to the end, also for all the pool bookings.  There were a lot of these.   Thanks go to Donald for keeping the money sorted and providing the matches on jaded subject needing a “fire in the belly solution” (cryptic statement) this is Donald’s seventh AGM as treasurer, so this is a special big thanks for the long and faultless service.  Thanks to Kirsty for representing the younger members.  Thanks go to James for keeping the kit sorted and to Miles and Maria for turning up and letting the wisdom flow.

And finally thanks go to Chris for keeping the minutes, for his boundless enthusiasms on communications with the website and Facebook and also for his work on access issues on Aboyne loch.  Thanks go to Karen, Katie and Pippa, (currently enjoying 30 degrees temperatures in Addis Abbaba) for the boat shed (what a scoop this has proved to be.)  To the Coaches, Donald, Dale, Chris, and Stuart for all the “being in charge”.  To the pool helpers, Gwen for taking the money and getting stuck in to “what ever needs doing”.  To Mark, Paul, James and Garry for emptying and lugging boats up and down the pool.  To the mums and dads for all the delivering and putting a brave face on whilst stepping into boats against their better judgement.  And finally to everybody I haven’t mentioned for turning up and going canoeing.........that’s what it’s all about

Now, rumour has it that some changes are a foot.  If the ideas about a change of helm come about I’d like to say that we’d be hard pressed to find a steadier pair of hands to hold the wheel.  Chris.  As standing down chairman knowing that the successor is a driven and level individual who happens to be an accomplished paddler is extremely reassuring.  I’d like to thank you for the peace of mind that it brings to know this.

It’s been a pleasure,