129 renewals + 70 new taking the club into a new SCA affiliation bracket so membership fees are up. SCA portal for members to pay fees directly but it only caters for individual members not family.

OSCAR and data protection requires a review of membership forms.

Currently 156. There is an SCA target of 164 but it is doubtful we will meet this target as we will potentially lose 18 D of E members. 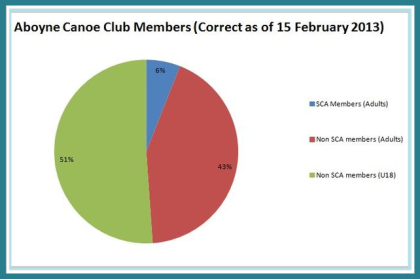